This paper introduces a new neural network architecture that is specifically tailored for mobile and resource constrained environments. Its main contribution is a novel layer module: the inverted residual with linear bottleneck.

The basic idea is to replace a full convolutional operator with a factorized version that splits convolution into two separate layers. So depthwise convolution reduces computation by almost a factor of $k^2$. MobileNetV2 uses $k=3$ so the computational cost is 8 to 9 times smaller than that of standard convolutions at only a small reduction in accuracy.

However, this intuition breaks when we recall that deep convolutional neural networks actually have non-linear per coordinate transformation, a ReLU. In other words, deep networks only have the power of a linear classifier on the non-zero volume part of the output domain.

On the other hand, when ReLU collapses the channel, it inevitably loses information in that channel. However if we have lots of channels and there is a structure in the activation manifold, that information might still be preserved in the other channels. 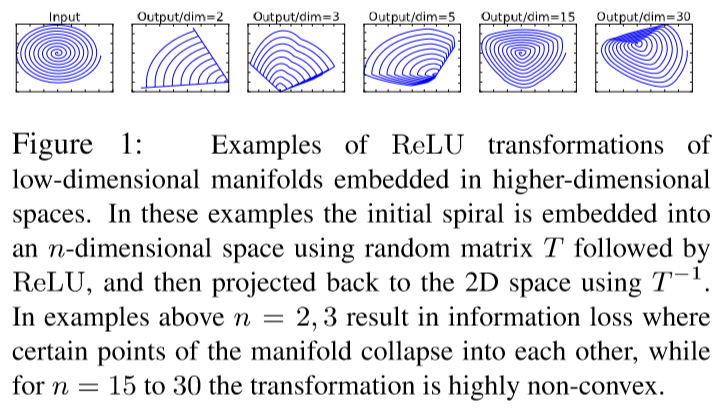 To summarize, there are two properties that are indicative of the requirement that the manifold of interest should lie in a low-dimensional subspace of the higher-dimensional activation space:

In conclusion, if we assume the manifold of interest is low-dimensional we can capture this by inserting linear bottleneck layers into the convolutional blocks. Experimental evidence suggests that using linear layers is crucial as it prevents nonlinearities from destroying too much information. 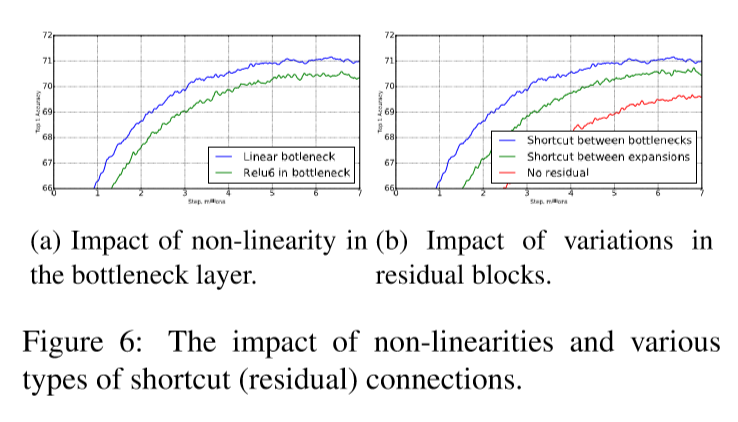 Original residual block contains an input followed by several bottlenecks then followed by expansion, and the shortcuts exist between thick(has many channels) layers. However, inspired by the intuition that the bottlenecks actually contain all the necessary information and expansion layer acts merely as a non-linear transformation, MobileNetV2 uses shortcuts directly between the bottlenecks(thin layers). 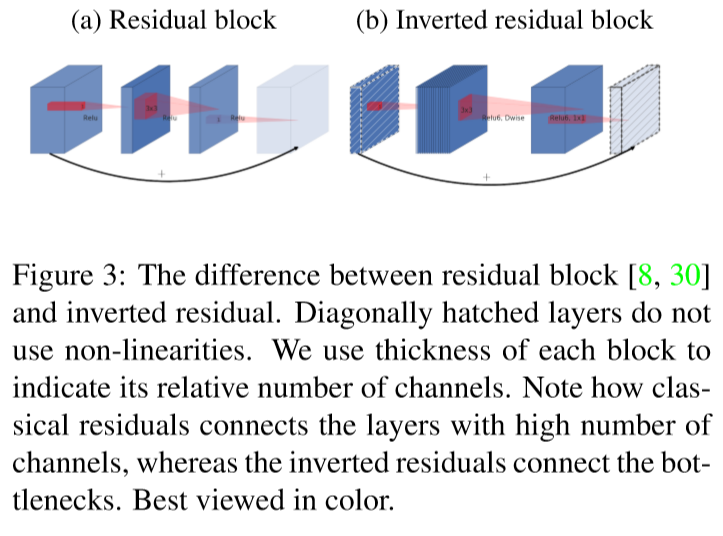 Below image illustrates how the concepts of 1) separable convolution, 2) linear bottleneck, and 3) inverted residual evolved. 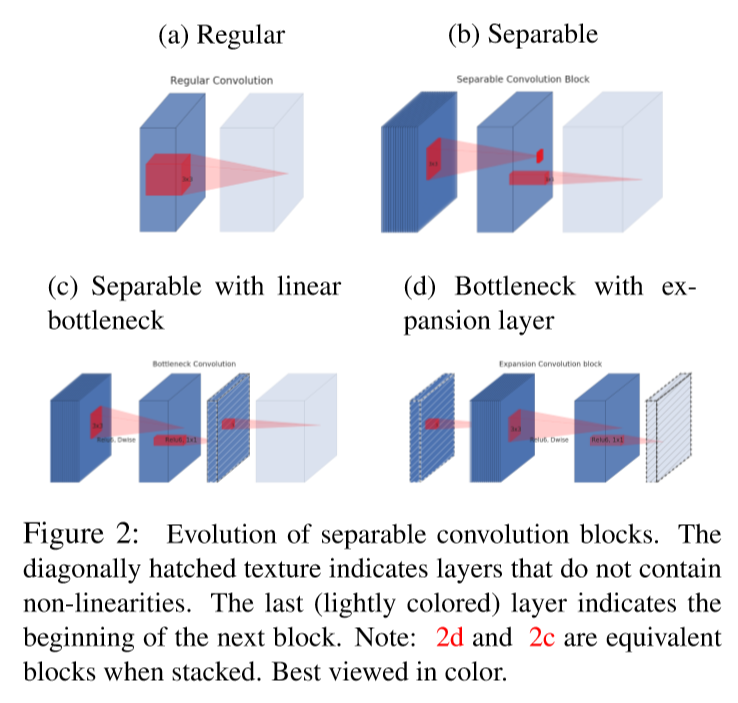 MobileNetV2 provides a natural separation between two things, which have been tangled together in previous nn architectures.

Authors say that exploring these concepts separately is an important direction for future research. 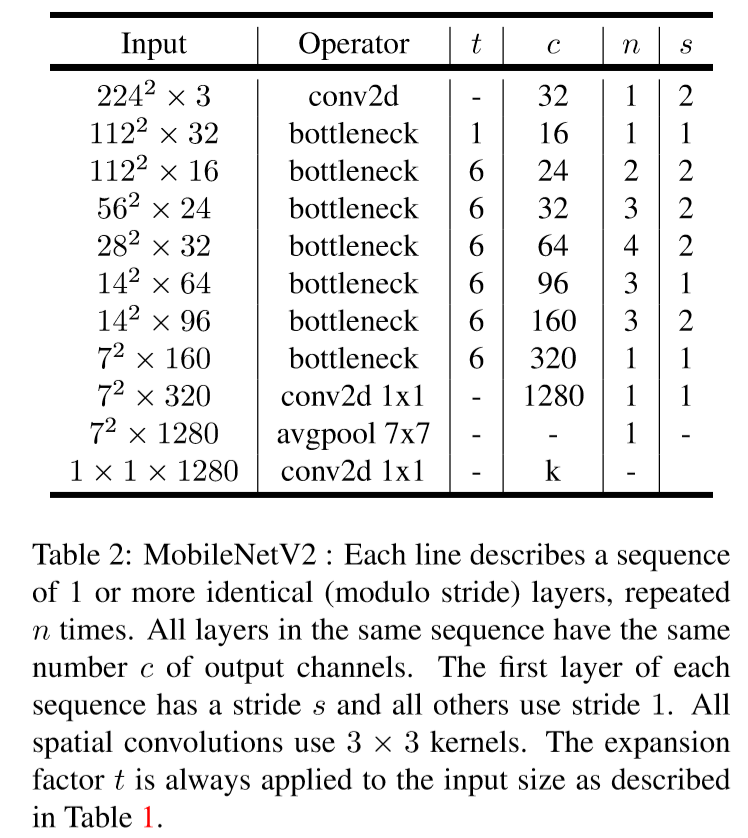 A bottleneck block operator $F(x)$ can be expressed as a composition of three operators:

Inner tensor can be represented as concatenation of $t$ tensors, of size $n/t$ each:

Consequently, we only require one intermediate block of size $n/t$ to be kept in memory at all times.

The two constraints that enabled us to use this trick is:

However, replacing one matrix multiplication with several smaller ones hurts runtime performance due to increased misses. The authors find that setting $t$ between 2 and 5 worked best. 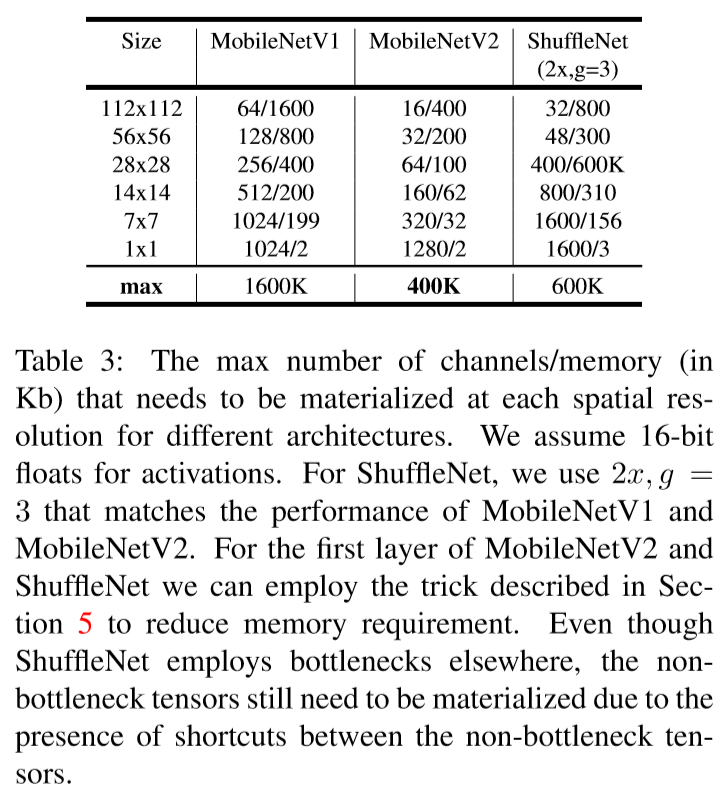 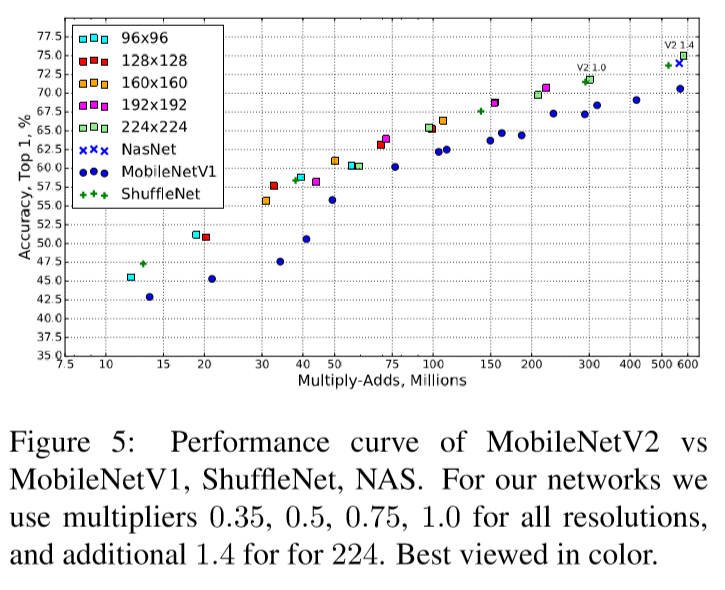 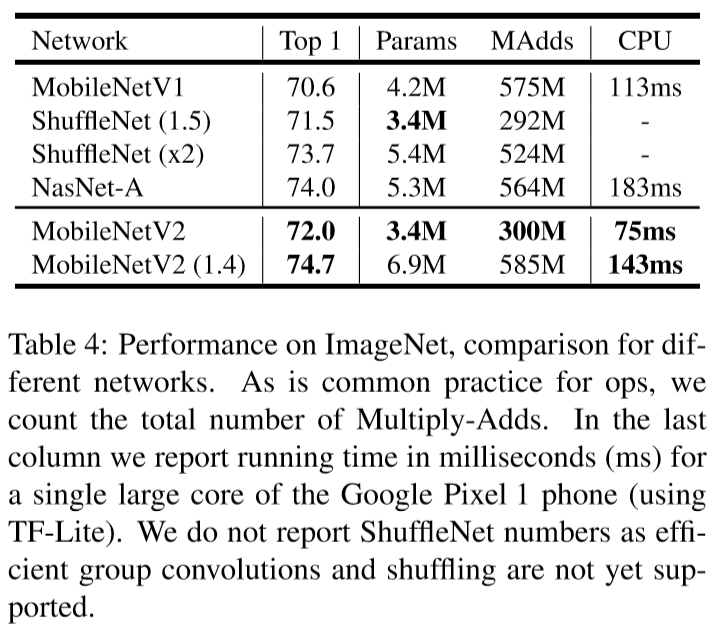 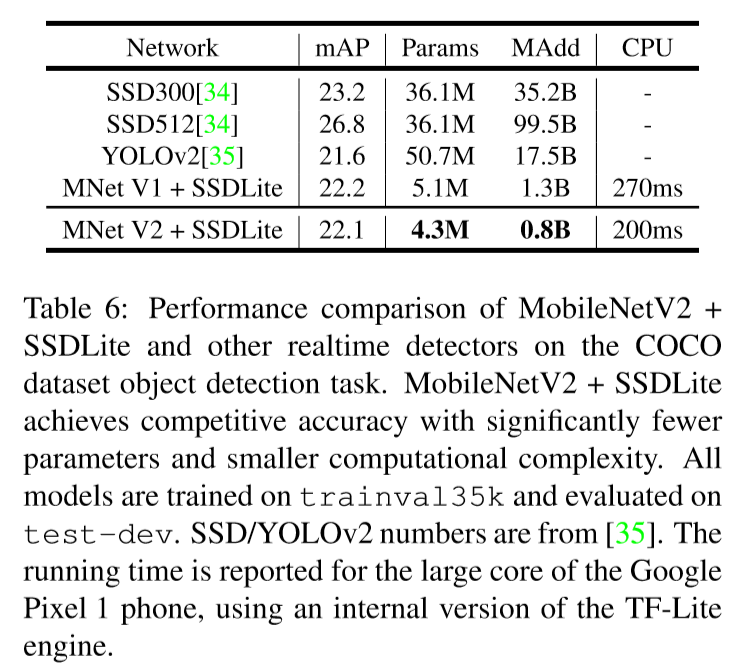 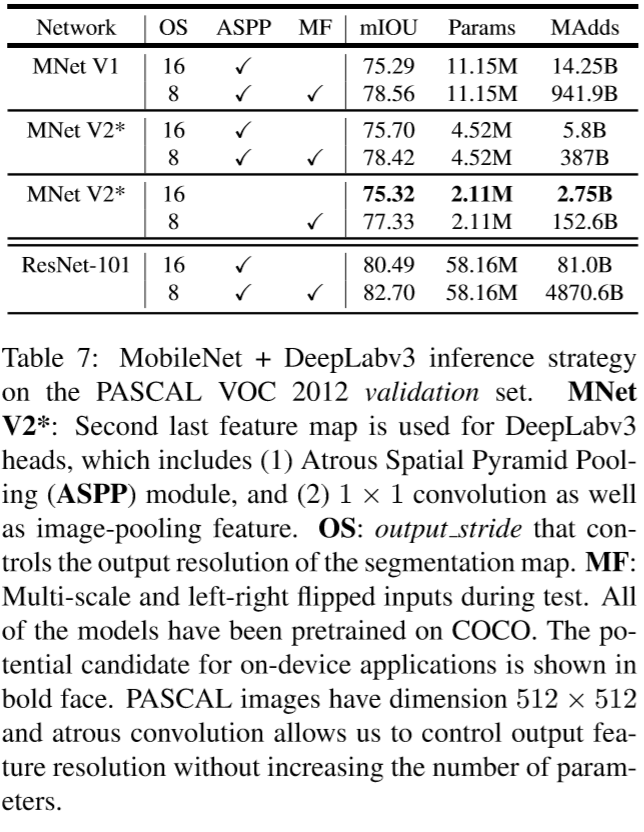