Our hypothesis function need not be linear (a straight line) if that does not fit the data well.

We can change the behavior or curve of our hypothesis function by making it a quadratic, cubic or square root function (or any other form). 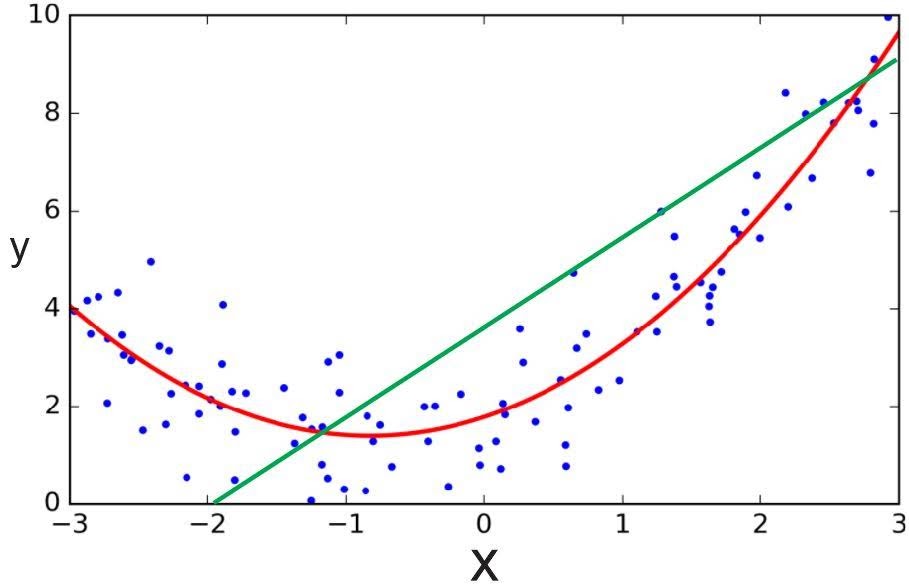 We are basically creating new features by combining features in polynomial forms to fit the data better.

If you choose to use polynomial regression, then feature scaling becomes very important as the ranges of each polynomial feature differ a lot.