Normalizing features mean putting each of features in roughly the same range.

We can speed up gradient descent by normalizing features. This is because $\theta$ will descend quickly on small ranges and slowly on large ranges. Theta will oscillate inefficiently down to the optimum when the variables are very uneven. 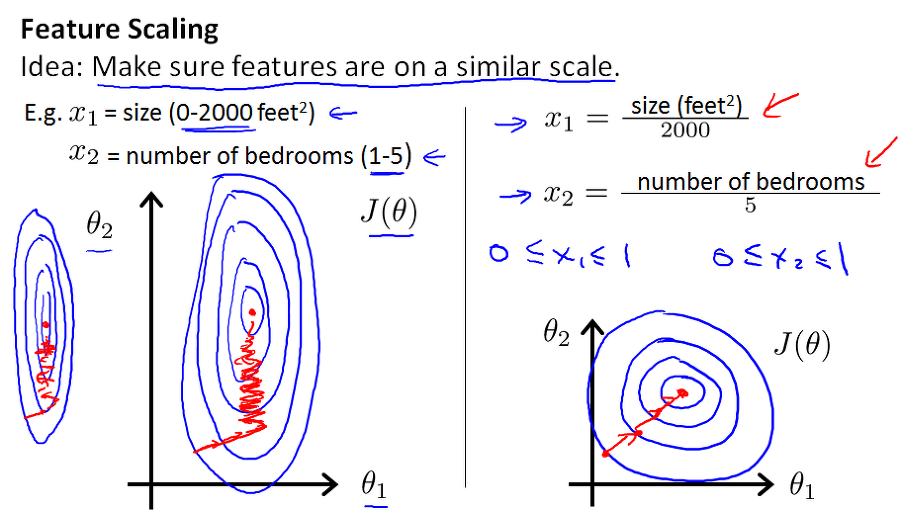 Feature scaling means dividing the input values by the range (i.e. the maximum value minus the minimum value) of the input variables.

Commonly, we use ‘standard deviation’ as a ‘range’ parameter.

We combine these two steps and get following formula.

of just zero. To implement both of these techniques, adjust your input values as shown in this formula: