The Support Vector Machine (SVM) is yet another type of supervised machine learning algorithm. It is sometimes cleaner and more powerful.

Hypothesis of the Support Vector Machine is not interpreted as the probability of y being 1 or 0 (as it is for the hypothesis of logistic regression). Instead, it outputs either 1 or 0. (In technical terms, it is a discriminant function.)

We define them as follows (where k is an arbitrary constant defining the magnitude of the slope of the line): 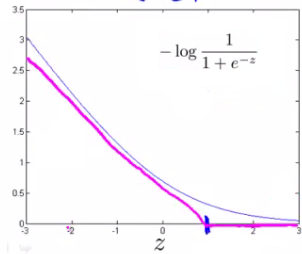 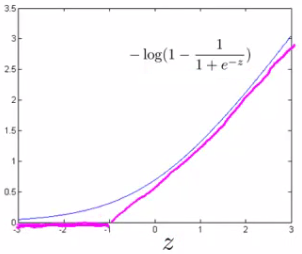 In conclusion, the cost function for support vector machine is as follows; 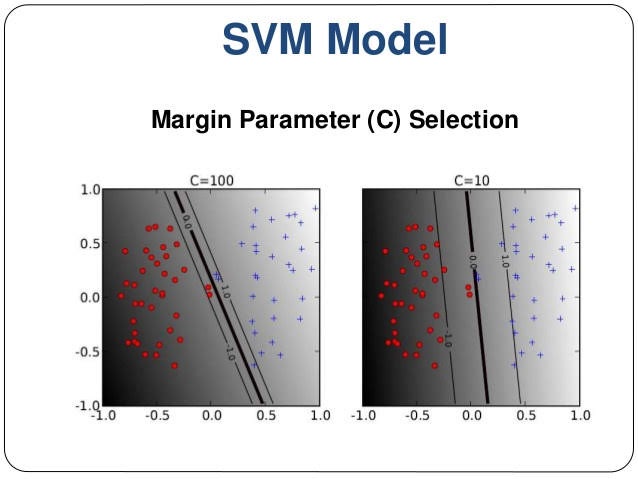 The distance of the decision boundary to the nearest example is called the margin. Since SVMs maximize this margin, it is often called a Large Margin Classifier.

If we want ‘large margin classifier’, we set C to be large.

We can make this term 0 if we fulfill following condition;

If we have outlier examples that we don’t want to affect the decision boundary, then we can reduce C. When we reduce C, large margin is less likely to be achieved.

First we need to know two things about vectors. 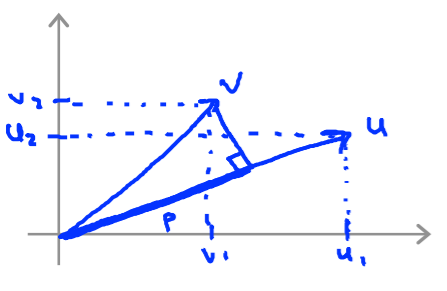 Now we know that our objective is to minimize following;

A kernel is a similarity function between a input vector and landmarks. We can set landmark $l^{(i)}=x^{(i)}$. We transform input vector with these kernels.

Finally, we use the outputs of these kernels as a feature vector with length m. (where m is the number of landmarks; when we use $l^{(i)}=x^{(i)}$, this value equals number of training examples.)

Each landmark $l^{(i)}$ gives us the features $f_i$. Then hypothesis becomes as follows;

Gaussian kernel is one kind of kernel.

Note that it is efficient to do feature scaling before using the Gaussian Kernel.

If n is large (relative to m), then use logistic regression, or SVM without a kernel (the “linear kernel”)

If n is small and m is intermediate, then use SVM with a Gaussian Kernel

If n is small and m is large, then manually create/add more features, then use logistic regression or SVM without a kernel.