We have used linear regression and logistic regression with polynomial features to represent complex relationships between input features and output. However, it was computationally inefficient, since number of features grows rapidly as we use higher polynomial degrees.

Neural networks is an alternative way and also a popular way to represent complex relationships.

What is Neural Networks?

Neural networks is basically a stack of linear regressions. More precisely, it is a stack of layers.

This activation function is applied to add nonlinearity to the network.

There are many possible activation functions, including sigmoid function which we’ve seen. 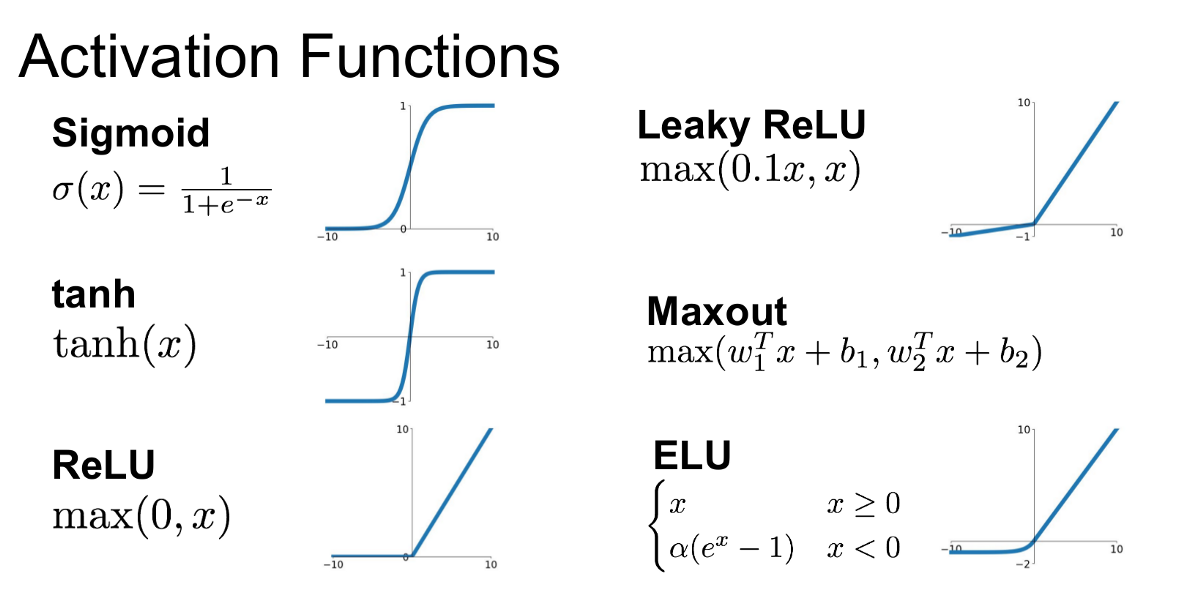 The most common one is ReLu function.

This is an example of a neural network with two hidden layers. (In this example, $A_1$ is a matrix. It doesn’t mean anything like column vector of matrix $A$)

For non-regularized regression and classification, cost function of neural networks is the same as the cost function we’ve seen before.

But with regularized regression and classification, the regularization term we add is slightly different since we have more $\Theta$ in nn. We add all the squares of scalar $\theta$s, multiply it with $\frac{\lambda}{2m}$ and add it to our original cost function.

To do gradient descent, we first needed to calculate partial derivatives of thetas; $\dfrac{\partial}{\partial \Theta_{i,j}^{(l)}}J(\Theta)$.

To get the delta values of the layers before the last layer, we can use an equation that steps us back to left(previous) layer.

We can compute our partial derivative terms by multiplying our activation values and our error values for each training example t.

Initializing all theta weights to zero does not work with neural networks. If so, all nodes will update to the same value repeatedly.

Instead we can randomly initialize our weights.