Like always, say we want to develop an app that classifies cat images out of images that users upload.

It would be best if we have plenty of app images to train on. But say we only have 15000 app-uploaded images, so we gathered 205000 images from web.

Now, how should we divide them into train/dev/test sets?

It is important to have dev and test set come out of similar distribution with real world distribution. Train set need not have same distribution as real world examples since it is development set that we actually make decisions on selecting models. 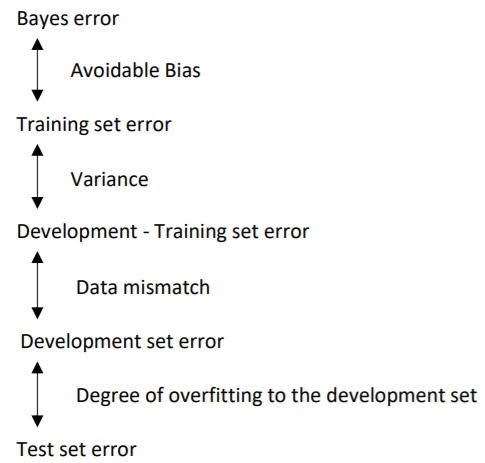 If you think error from data mismatch is significant, you should reduce data mismatch. We can do that by artificially synthesizing web images so that it look like app images or gathering more app images.