Then how do we stop this? How do we debias word embeddings? I’ll talk about debiasing gender bias as an example.

One way to identify bias direction is to average differences between opposite definitial words. For example, we average $e_{he}-e_{she}$ , $e_{male}-e_{female}$, ,…

Then the resulting vector is a ‘bias’ axis. In the below image, bias axis is drawn as x-axis and all the remaining dimentions are simplified into y-axis. 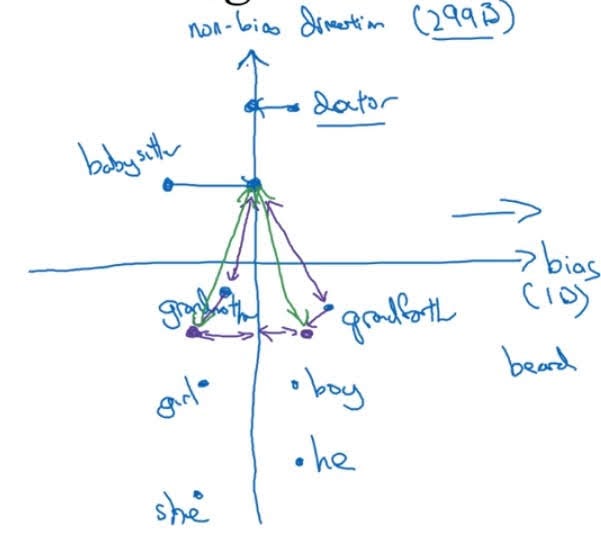 For every word that is not definitial, project them to make bias 0. In the image above, we’ve projected ‘doctor’ and ‘babysitter’ to y-axis.

You can see that ‘grandfather’ and ‘grandmother’ now have equal distance from ‘babysitter’.