Let’s say we want to train language model. With input ‘The cats, which already ate plenty of delicious biscuits’, we want the model to decide whether ‘were’ or ‘was’ will likely follow the sentence.

However, because of vanishing gradients problem, the impact of that loss to the weight-update becomes smaller as it backpropagates to ‘cats’. Thus, the relationship between ‘cats’ and ‘were’ is hardly learned by the model when these two words are far apart.

In other words, when the noun(cats) and the verb(were) are far away, the information that ‘cats’ is plural diminishes when it travels to the layer where verb appears.

There are RNN architectures that seek to solve this vanishing gradients problem in RNN. (GRU and LSTM) GRU and LSTM basically adds a ‘highway’ that far-apart units can interact directly. 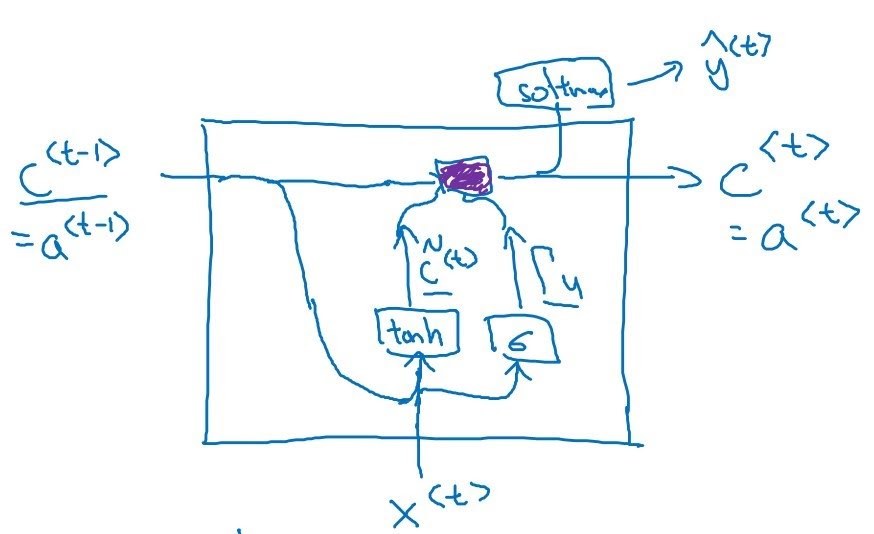 LSTM is an original version of GRU. The difference is that it has three gates.

GRU is computationally cheap, whereas LSTM is more flexible. We use LSTM as default. 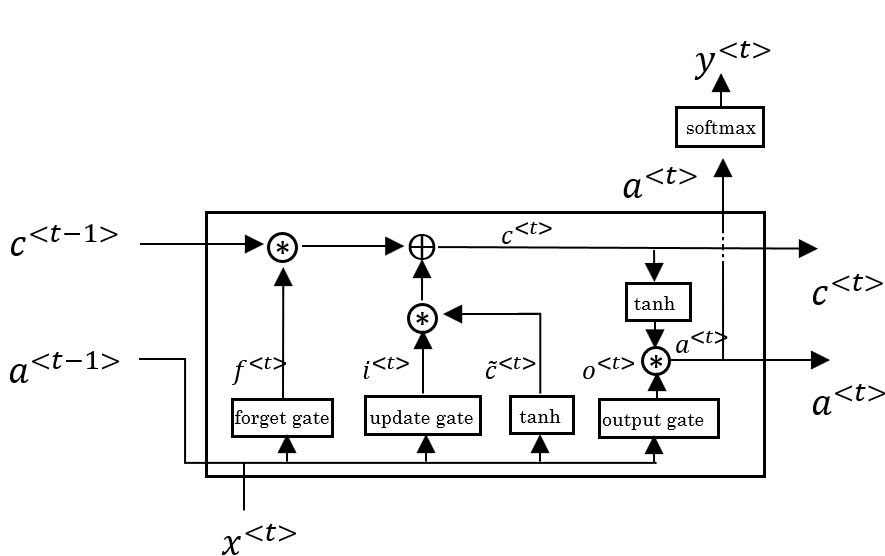 As you can see in the above image, LSTM can learn update gate to 0 and forget gate to 1 to keep memory cell intact to next layer.

We can involve $c^{<t-1>}$ when computing gates like follows;