You only look once (YOLO) is a state-of-the-art, real-time object detection system.

Basically, we divide the input image to subsets and use object localization for each of the subset to localize and classify multiple objects in one input.

Say we want to detect pedestrians, cars, and motorcycles from an image. This is how we do it with YOLO algorithm.

$b_x, b_y$ which represents the center of the object should be a value between 0 and 1, but $b_h, b_w$ can be bigger than 1, since the object can pass over the grid boundary.

Shape of our predicted output would be same as the shape of label, which is 3x3x8.

IoU is a measure of the overlap between two bounding boxes.

In the above example, red box is label and purple box is prediction. IoU equals size of yellow box divided by size of green box. Here, we’ve set threshold to 0.5; consider it predicted correct if IoU is bigger than 0.5. We can make this threshold bigger if we want to be more precise. 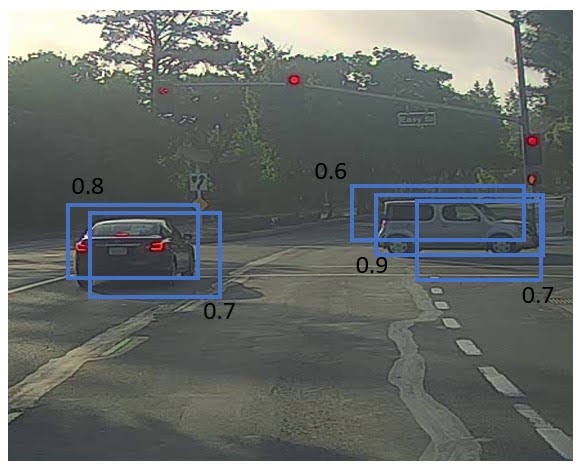 When grid is fine, multiple grids can predict that they’ve detected an object which is actually the same one, as shown above.

Non-max suppression is an algorithm to ensure that YOLO predicts one bounding box for each object in an image. The algorithm is as follows; 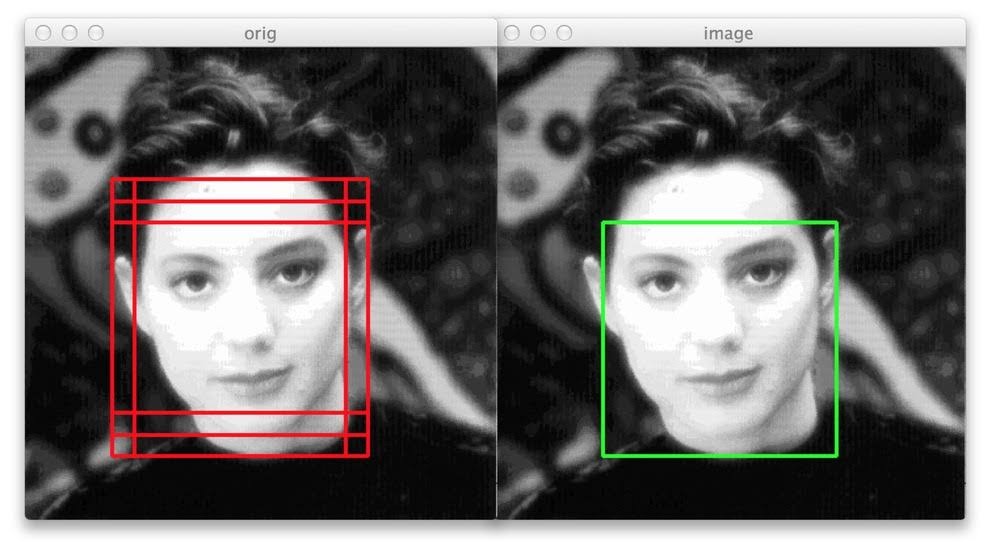 If there are multiple classes, use $p_cc_k$ instead of $p_c$ and do above steps for each class. 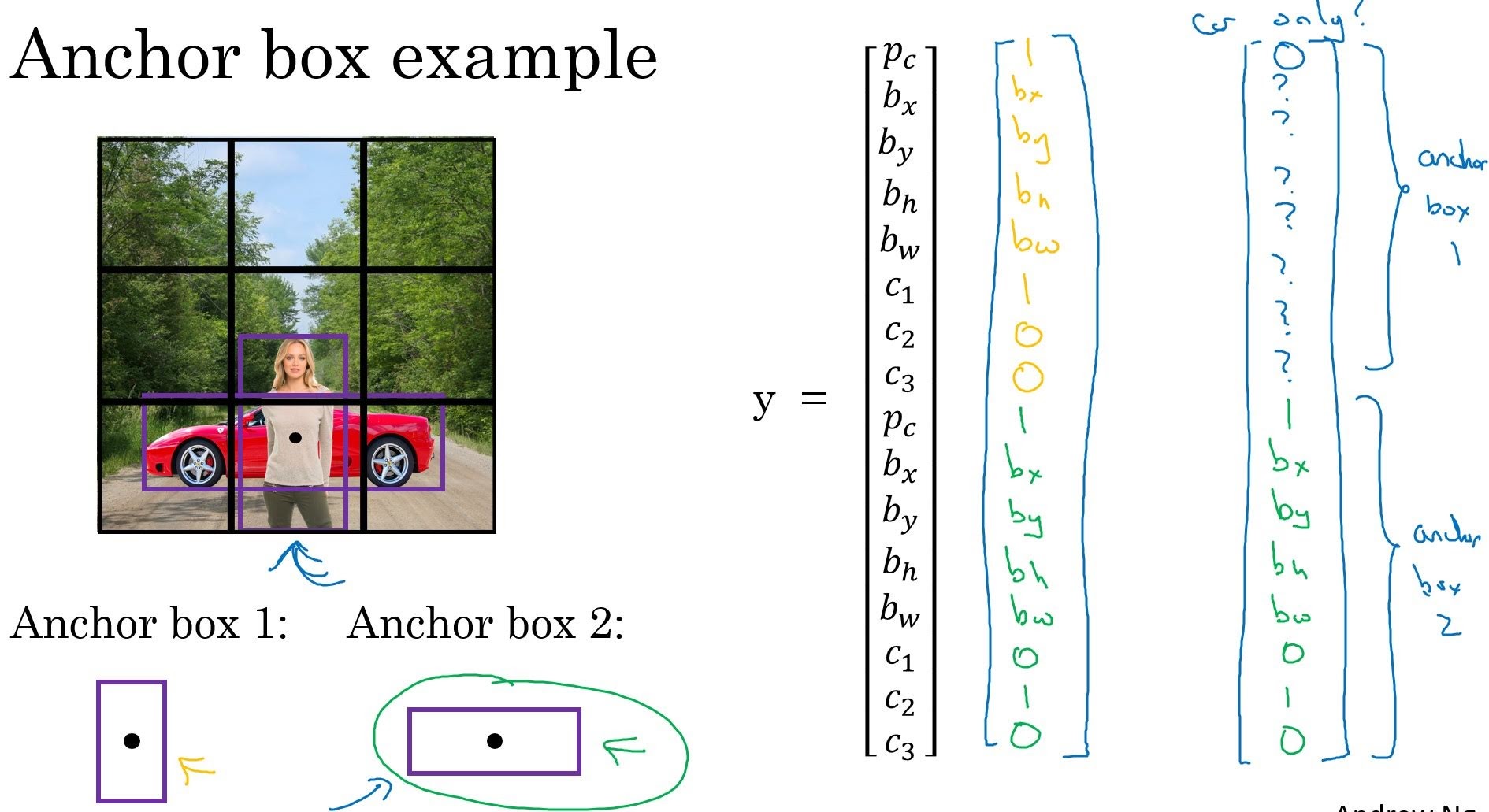 There can be two objects that should be assigned to a single grid cell, like in the image above. In this case how do we label the image?

We can use ‘anchor boxes’.

Let’s say we want to detect cars, pedestrains and motorcycles in an image. In the above example, there are woman and car that we should assign to the bottom-middle grid cell. Make two anchor boxes; tall one and wide one. Then our label should have 16(8x2) elements. First 8 elements for informations about object detected in that cell similar to anchor box 1, and the other 8 elements for informations about object similar to anchor box 2(‘Similar’ means having high IoU). It means that we are assigning car to wide anchor box and woman to tall anchor box, and labeling bottom-middle grid cell $[1, b_{x1}, b_{y1}, b_{h1}, b_{w1}, 1, 0, 0, 1, b_{x2}, b_{y2}, b_{h1}, b_{h2}, 0, 1, 0]$(whatever values $b$s are).

Anchor boxes can be choosed manually or with the K-means algorithm.

Assume you want to detect pedestrains, cars, and motorcycles from an image with 19x19 grid. Also say you decided to use 2 anchor boxes; tall one and wide one.