This algorithm is computationally expensive, since you need to run your classifier many many times.

There is a way to save cost.

There are two ways to make 5x5x16 volume into a vector of 400 elements, as described above.

First, you can flatten the 5x5x16 volume into a 1-dimensional vector of 400 elements, then use fully-connected(dense) layer to output units.

Second, you can apply convolution with 400 5x5x16 filters.

Mathematically these two methods are the same. 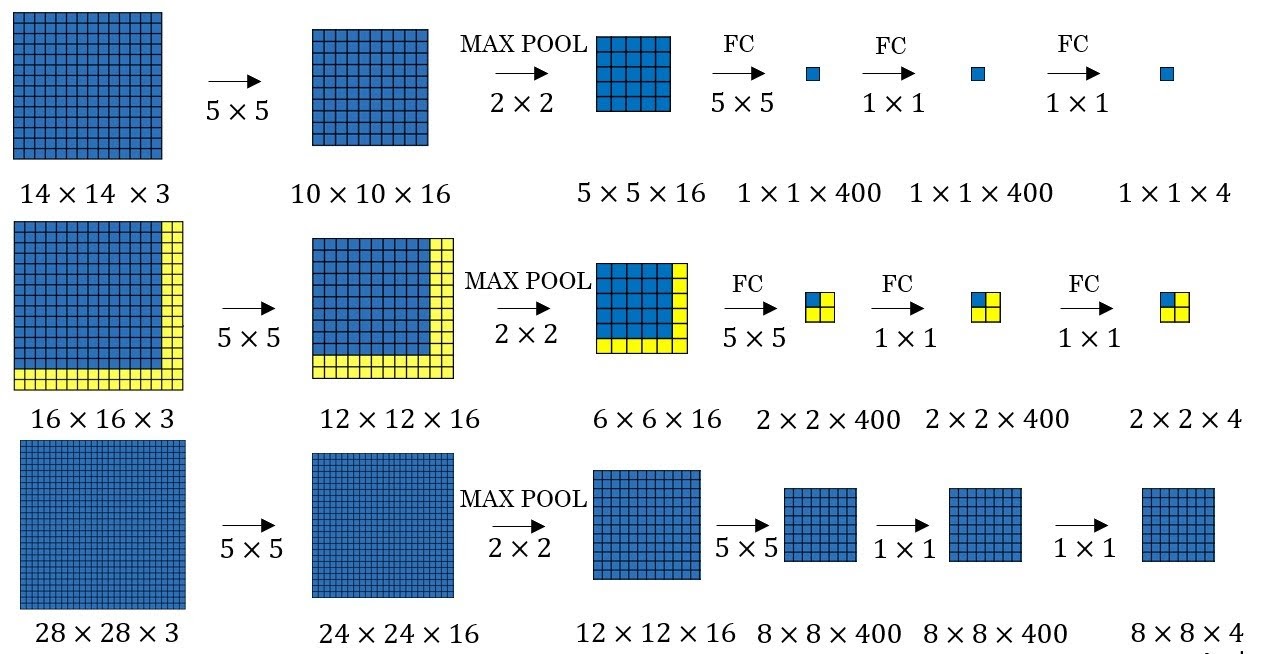 Note that the above units are actually 3-dimensional, but for the sake of simplicity drawn in 2-dimensional.

First row of the above image is convolutional network that classifies 14x14x3 sized image. So the size of the window is 14x14.

In the second row, same convolution network is applied to 16x16x3 image where we want to detect object. Top-left value of the final output is actually the predicted label of the window applied to the top-left part of the input image. These are represented in blue pixels. Blue pixels in input are transformed into blue pixels in the second layer, and continues until it becomes the top-left pixel of the output. Same goes with the top-right, bottom-left, bottom-right part.

Note that there is one 2x2 max pool in the network, so the stride of the window is 2.

In the third row, convolutional network is applied to 28x28x3 image. Now the final output is 8x8x4, because 14x14 window is slided to 28x28 input with stride 2 and our number of prediction classes is 4.