Differences Between Localization and Detection

Object classification with localization is a task where with an input image, you need to output one object class and location of that object.

On the other hand, in object detection you need to output multiple objects with different classes and location of that objects in an image.

With an input image, we should make the model that outputs three types of information;

Let’s say that we want to classify and localize three objects; pedestrian, car, and motorcycle. Then our output of one image should be a vector of 8 elements.

Landmark detection is basically the same as object localization. The only difference is that it outputs points, rather than area.

Let’s say you want to find out important points in human face (corners of the mouth and tip of the chin). What you have to do is train a CNN with output that is composed of x and y coordinates of these important points.

The output of one image will be a vector composed of 7 elements;

Below is the example of landmark detection in face. 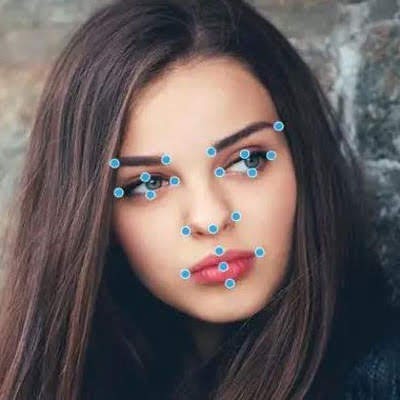