Generalization ability refers to an algorithm’s ability to give accurate predictions for new, previously unseen data.

Models that are too complex for the amount of training data available are said to overfit and are not likely to generalize well to new examples.

Models that are too simple, that don’t even do well on the training data, are said to underfit and also not likely to generalize well. 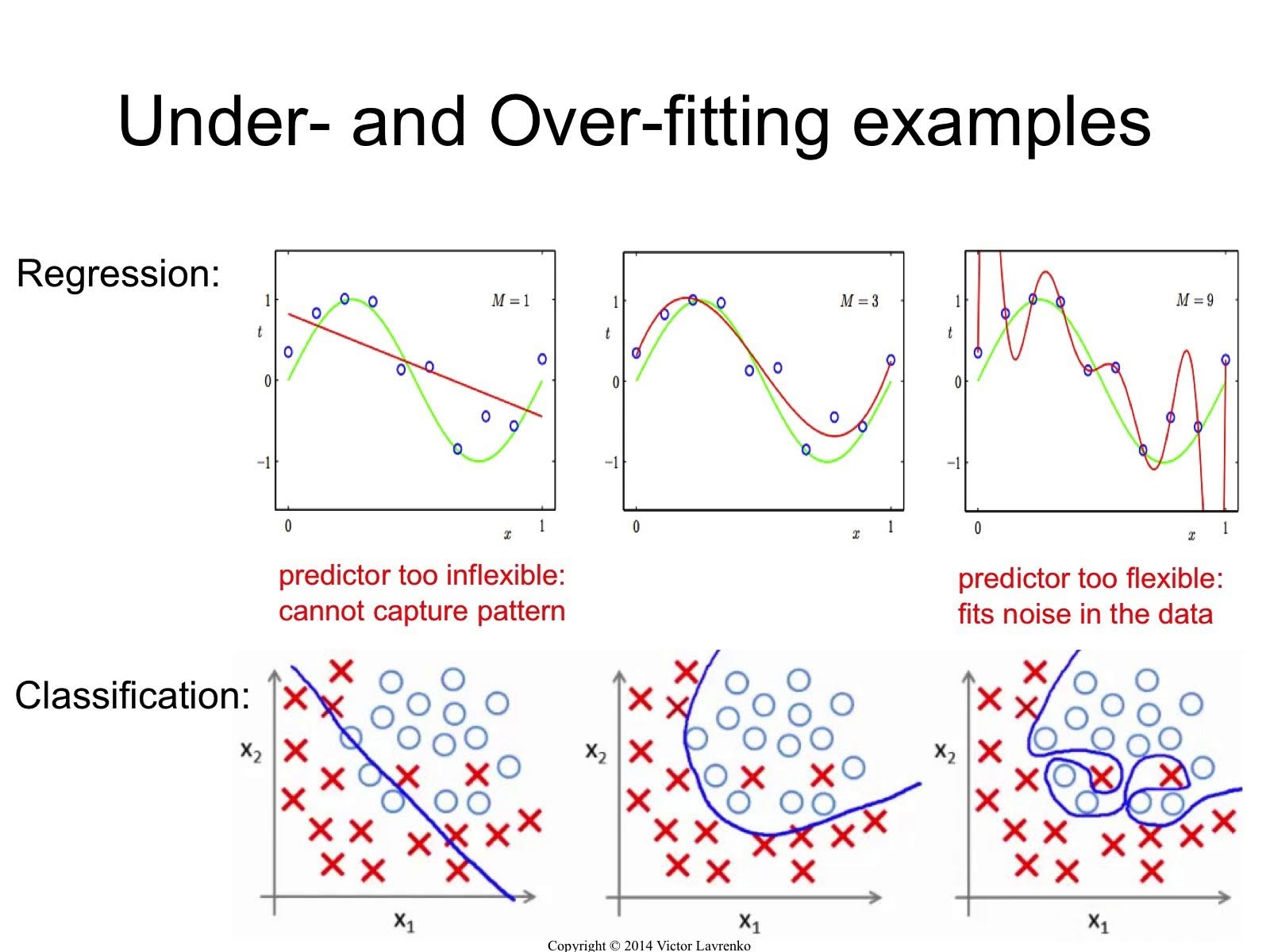 The relationship between model complexity and training/test performance 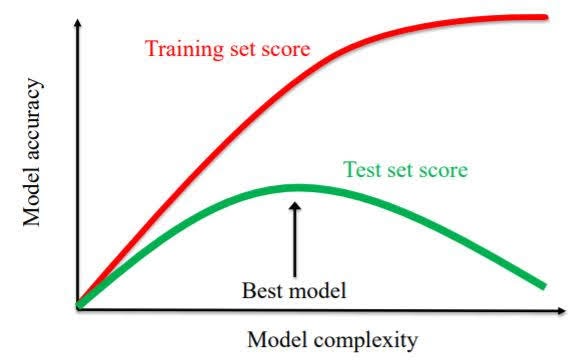 However, the accuracy score of a supervised learning method can vary, depending on which samples happen to end up in the training set.

So we will now use multiple train-test splits, not just a single one.
Results are averaged over multiple different training sets instead of relying on a single model trained on a particular training set. 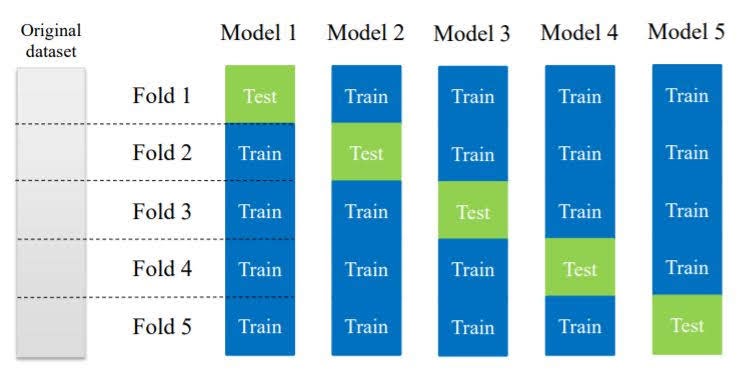 To maintain class proportions of the total dataset even after splitting, we use stratified cross-validation.

Stratified folds each contain a proportion of classes that matches the overall dataset.

It’s very important to choose evaluation methods that match the goal of your application. 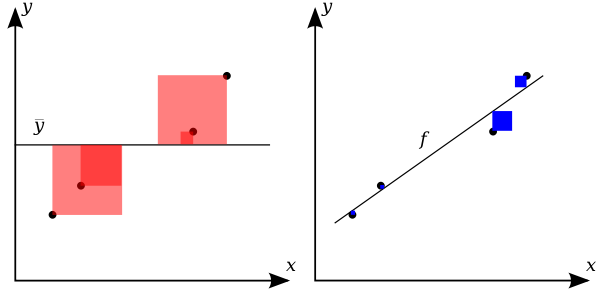 With imbalanced classes, accuracy is not an effective metric. For example, predicting that a patient doesn’t have cancer will yield accuracy of almost 100%.

To solve this problem, we use evaluation metric ‘Precision’, ‘Recall’ and ‘F1-Score’ that combine two together. 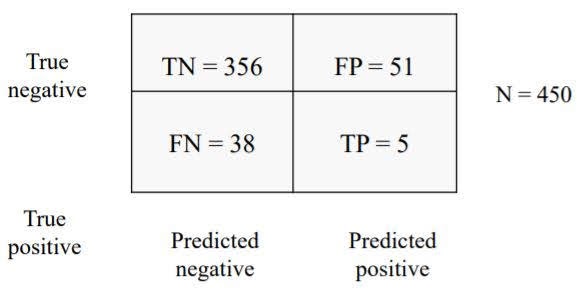 Precision(Positive Predictive Value): What fraction of positive predictions are correct?

Recall(True Positive Rate): What fraction of all postitive instances does the classifier correctly identify as positive?

In a n-class classification, there are n precision scores, one for each class. There are two ways to average this to yield one evaluation metric. 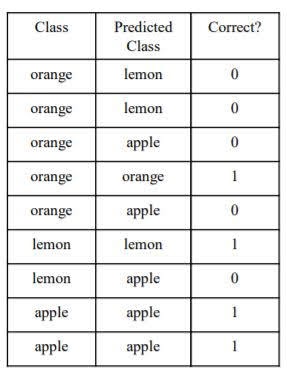 Tradeoff between precision and recall

There is often a tradeoff between precision and recall, and here’s a way to emphasize one of them. 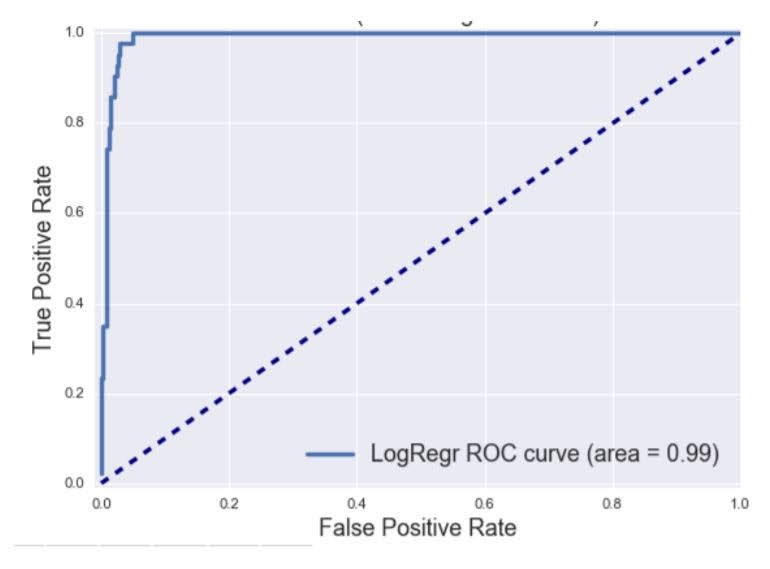 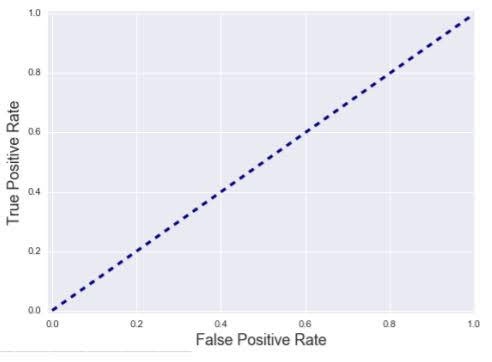 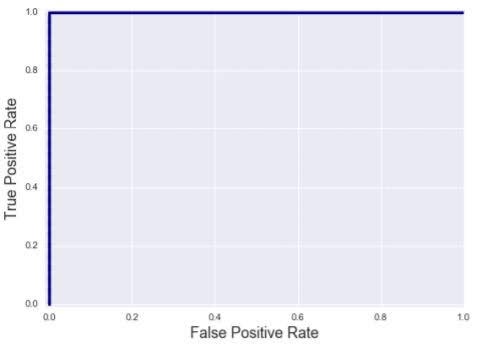 In scikit-learn, roc_auc_score is not defined in multiclass classification. Also, you need to pass trained_model.predict_proba(X) as argument y_score to get results.

Important for some machine learning methods that all features are on the same scale (e.g. faster convergence in learning, more uniform or ‘fair’ influence for all weights)

One example is ‘MinMax scaling’ of the features

For each feature, compute the min value and max value achieved across all instances in the training set.
Then for each feature, transform a given feature to a scaled version using the formula 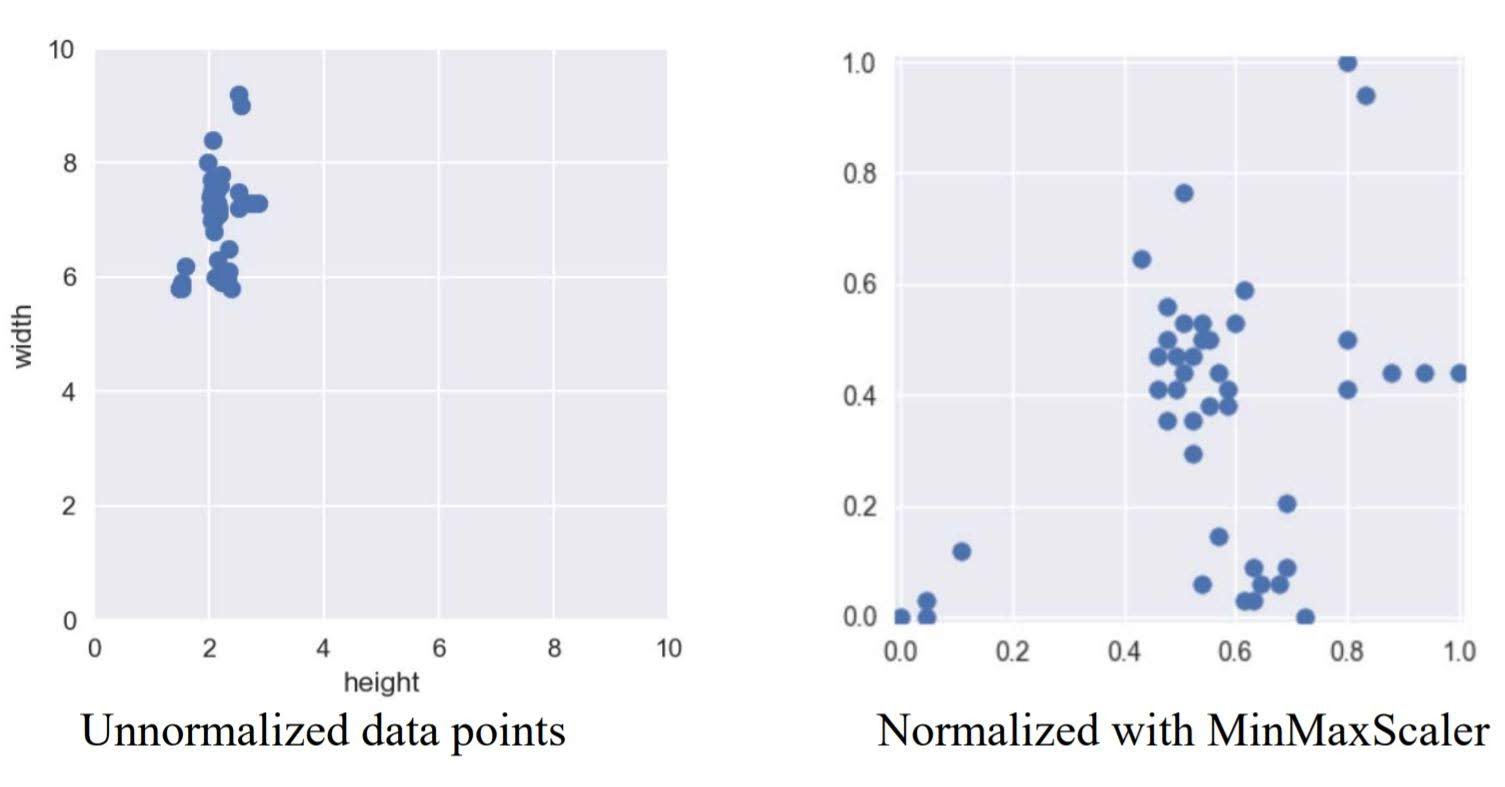 Caution: The validation or test set must use identical scaling to the training set.

When the data you’re using to train contains information about what you’re trying to predict, we call it ‘data leakage’. When data leakage happened the evaluation of that model becomes too optimistic.

Given a training set X_train with labels y_train, and given a new instance x_test to be classified

For each point in unlabeled feature vector space, find k nearest neighbors of labeled data points. Assign average of those points’ label to that unlabeled point. 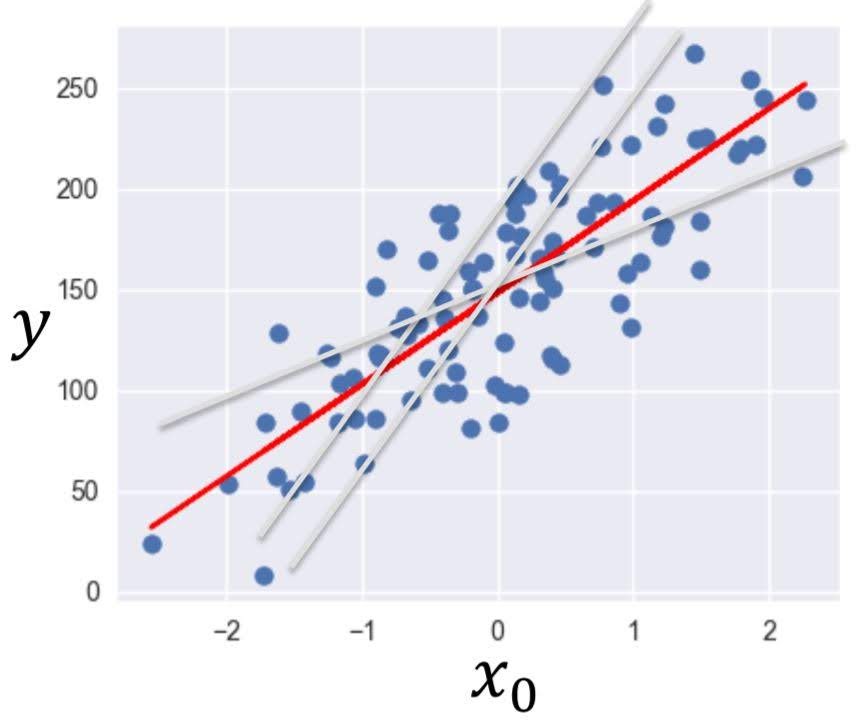 In the above image, red line best represents the data points. That is the result of linear regression.

Specifically, find parameters that minimizes the cost function of the linear model, which is ‘sum squared error’ Sum squared error is the sum of squared differences between predicted target and actual target values.

It’s almost the same as linear regression explained above, but it has two differences.

First, the output of linear function is not a scalar value but a n-dimension vector, where n is the number of possible classes.

Second, ‘logistic function’ is applied to the output of linear function. The logistic function transforms real-valued input to an output number y between 0 and 1, interpreted as the probability the input object belongs to the positive class. 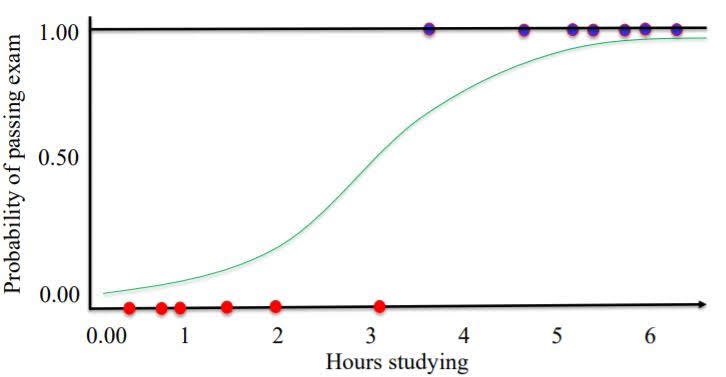 To prevent overfitting, we can add regularization to linear regression.

We will add regularization term to the cost function.

If feature weights w increases, cost will increase, so the process of minimizing cost will make w smaller, thus make the model simpler.

We use L2 Regression as default. L1 Regression has the effect of setting parameter weights in w to zero for the least influential variables. This is called a sparse solution.

Polynomial features can help build more complex models, but at the same time prone to overfitting.

It is a classifier with maximum margin. 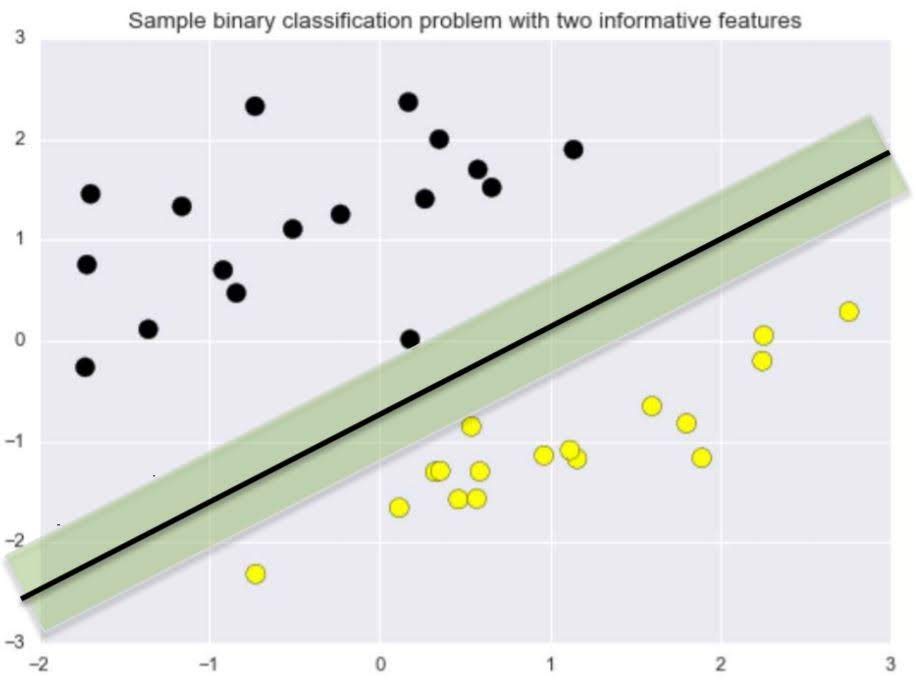 If the decision boundary(a boundary that seperates different classes in the feature space) is linear, it is called linear Support Vector Machine.

Before applying linear support vector machine, transform the original input space to make it much easier for a linear classifier. 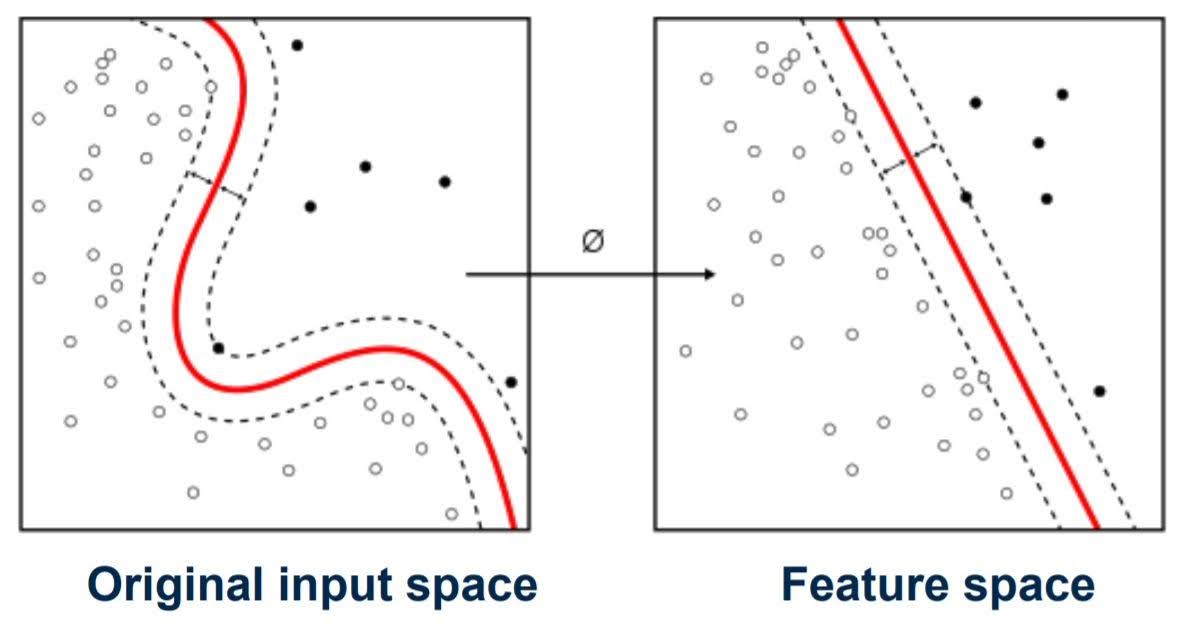 The effect of RBF gamma parameter and C. 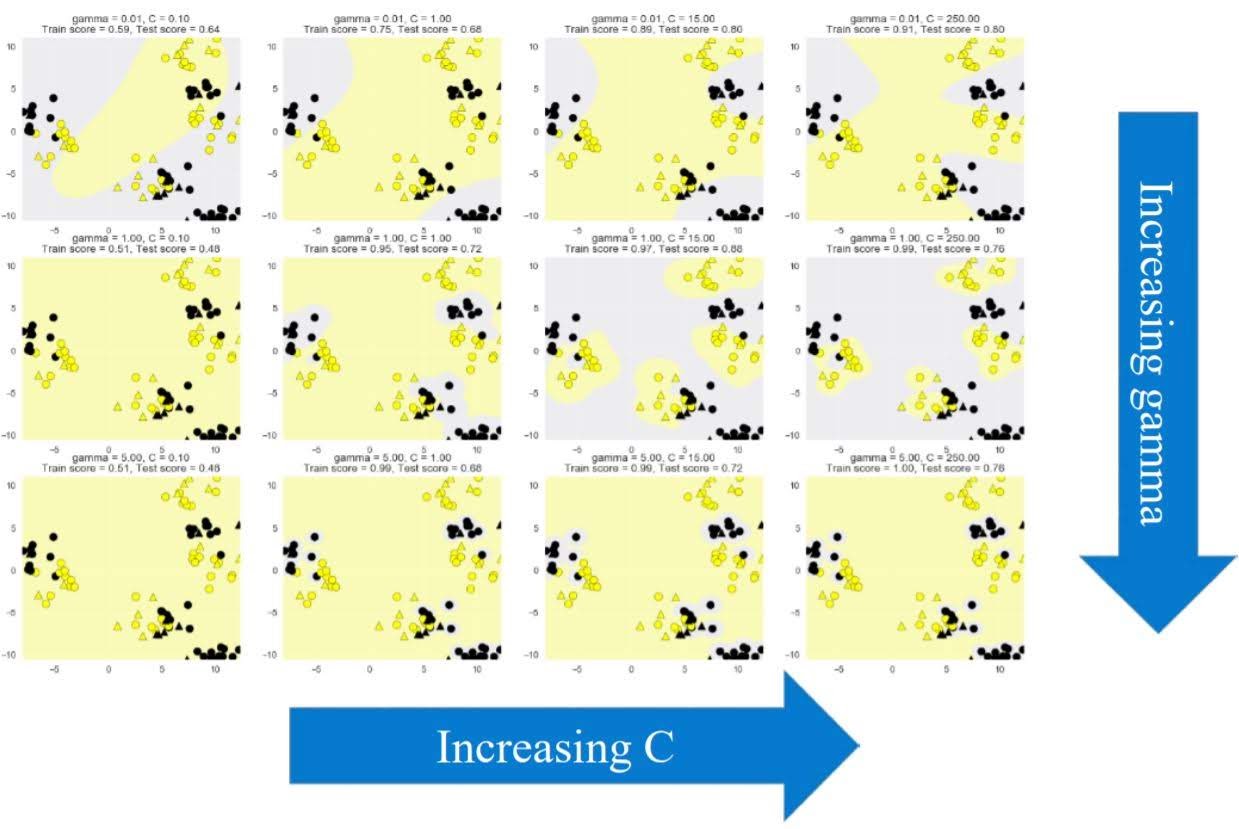 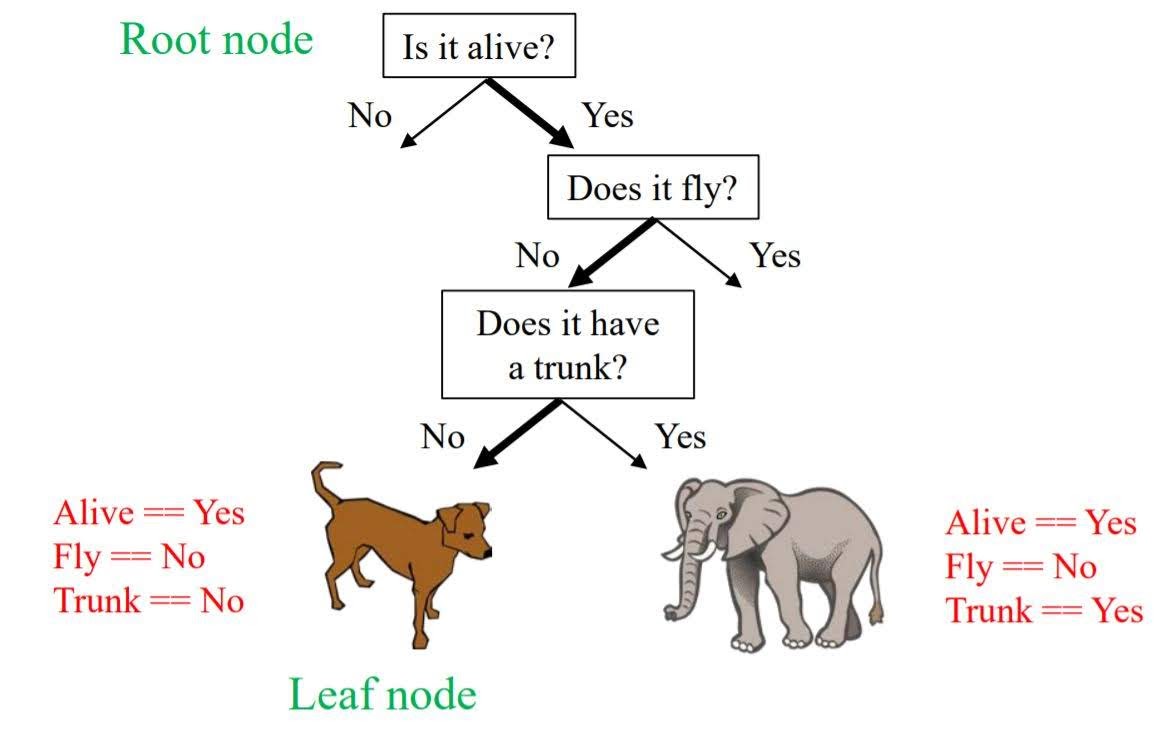 Decision trees are easily visualized and interpreted. It also works well with datasets using a mixture of feature types. However, it can often overfit so we usually need an ensemble of trees for better generalization performance.

How important is a feature to overall prediction accuracy?

These classifiers are called ‘Naive’ because they assume that features are conditionally independent, given the class.

It has a highly efficient learning and prediction, but generalization performance may worse than more sophisticated learning methods.

The Gaussian Naive Bayes Classifier assumes that the data for each class was generated by a simple class specific Gaussian distribution.

During training, the Gaussian Naive Bayes Classifier estimates for each feature the mean and standard deviation of the feature value for each class.

For prediction, the classifier compares the features of the example data point to be predicted with the feature statistics for each class and selects the class that best matches the data point.

Predicting the class of a new data point corresponds mathematically to estimating the probability that each classes Gaussian distribution was most likely to have generated the data point. Classifier then picks the class that has the highest probability.

An ensemble is just a collection of predictors which come together (e.g. mean of all predictions) to give a final prediction.

There are two types of ensembels; Bagging and Boosting

Bagging is a simple ensembling technique in which we build many independent predictors/models/learners and combine them using some model averaging techniques. (e.g. weighted average, majority vote or normal average)

Boosting is an ensemble technique in which the predictors are not made independently, but sequentially.

An ensemble of decision trees.

One decision tree was prone to overfitting. Ensemble of decision trees is more stable and generalize well.
It is widely used and yield very good results on many problems.

Each tree is grown as follows:

Then, combine individual predictions of each tree.

Unlike the random forest method that builds and combines a forest of randomly different trees in parallel, the key idea of gradient boosted decision trees is that they build a series of trees. Where each tree is trained, so that it attempts to correct the mistakes of the previous tree in the series.